Bambusa Lako is by far one of the more striking tropical clumping bamboos to have in one’s collection.  The new culms emerge green and over time fade to a black (some would say plum) color with contrasting green striping.  Combined with the green leaves and it’s easy to see why this is one of the most sought after bamboos.

A few years back my good bamboo buddy Richard Lindberg gave be a Bambusa Lako that he received when we cleaned up the estate of another bamboo aficionado, Richard Waldron.  Knowing it’s tenderness, Rich did not want to put it in the ground with his collection.  So I gladly accepted it and kept it potted, until two years ago when I moved locations.  Wanting to test the cold hardiness and hoping I had more of a micro climate that would minimize frost during cold Northeast Florida winters, I put it in the ground.

Well a this past January we experienced an extended cold snap that resulted in Bambusa Lako being exposed to temperatures near 23F.  The next day it was evident that the leaves did not like the exposure to this temperature.  As the days progressed, it was obvious the majority of the leaves were dead.  And just like I’ve seen with Dendrocalamus Validus and Bambusa Vulgaris Vitatta. there is now notable culm damage and branching damage.  However, it does not appear to have died completely back to the ground.

The following three pictures show the cold damage suffered by Bambusa Lako the day after being exposed to 23F. 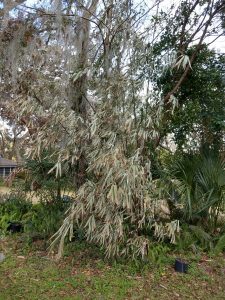 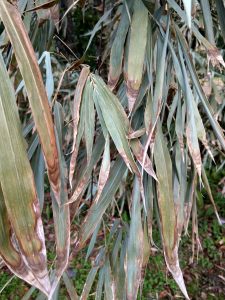 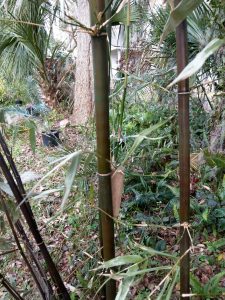 The following three pictures show the cold damage suffered by Bambusa Lako three weeks after being exposed to 23F. 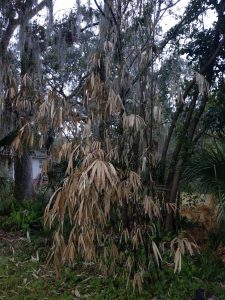 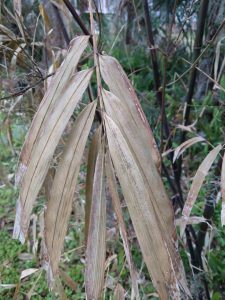 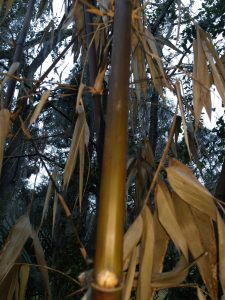 So with that, I can truly report that the cold hardiness of Bambusa Lako does indeed fall within the range of 24F and 32F.  I’ll give it a few more weeks, maybe months and report back on whether the culms survived and if new branching and leafs emerge.