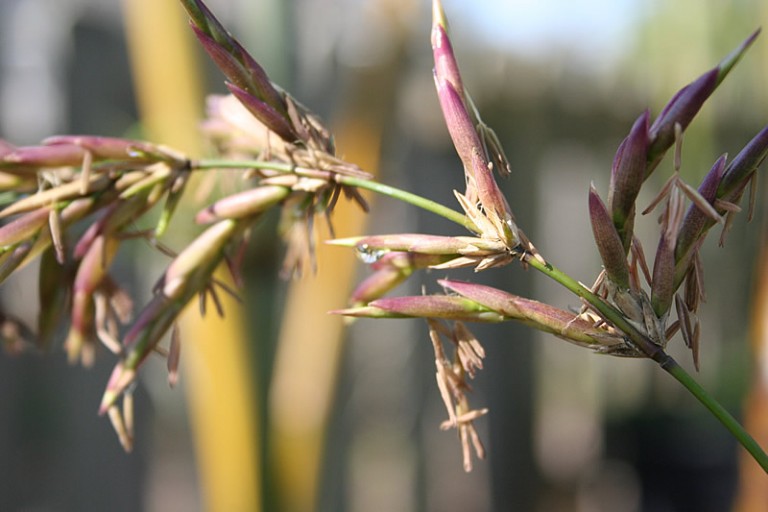 So as I was working the yard the other day I noted one of the bamboo in my yard did not look so good.  Upon closer inspection I found that it was in flower.  So I thought at first it was probably due to the fact that I had dug up and gave away the entire clump of this bamboo last year, and while I thought it gone one new shoot popped up.  But then after looking around the yard some more I noted that I had another stand of the same bamboo that was in flower as well!  So this disproves my theory that it is a panic flowering (something some bamboos are known to do when they are stressed).  I’ve attempted to contact some of the people that got divisions of this bamboo from me last year to find out if they are flowering as well.  If so, it could be a species wide flowering for this particular bamboo.

So while I was intent on digging it up to sell, but now that it is in flower there is no chance for that as I hope to get some fresh seed and germinate bamboo seedlings.  I’ll be monitoring this closely for signs of seed development.  Now if I only knew which bamboo this was… (I acquired it through division from an area in Orlando, and I call it B. Dissimulator because of the striping on the nodes and really long branching) In the mean time, here’s some pictures of my bamboo flowers.